Officially “Rosmarinus officinalis”, Rosemary, is a woody, perennial herb with a wonderful scent, evergreen, needle-like leaves and white, pink, purple, or blue flowers, native to the Mediterranean region.
It is a member of the mint family Lamiaceae, which includes many other herbs.
The name “rosemary” derives from the Latin for “dew” (ros) and “sea” (marinus), or “dew of the sea”.
As an evergreen, rosemary is available throughout the year.

Organic Rosemary is low in Sodium, and very low in Cholesterol.
It is also a good source of Vitamin B6, Magnesium, Potassium and Copper, and a very good source of Dietary Fiber, Vitamin A, Vitamin C, Folate, Calcium, Iron and Manganese

Organic Rosemary plants, especially the flower tops, contains antibacterial and antioxidant rosmarinic acid, plus several essential oils such as cineol, camphene, borneol, bornyl acetate, and a-pinene, that are known to have anti-inflammatory, anti-fungal, and antiseptic properties.

It is used as a culinary condiment, to make bodily perfumes, and for its potential health benefits.
It is typically prepared as a dried whole herb or a dried powdered extract, while teas and liquid extracts are made from fresh or dried leaves.

Rosemary has long had a popular reputation for improving memory. In ancient Greece, students would place rosemary sprigs in their hair while they studied for tests.
The Guardian reported in 2017 that sales of Rosemary oil to students in the UK studying for exams had skyrocketed because of its perceived benefits to memory & not only memory but also help to increase intelligence and focus.
While many of those claims are still being researched and studied, its effects on the brain do indicate an increase in memory retention.

Rosemary has also been linked to stimulating cognitive activity in the elderly, as well as those suffering from more acute cognitive disorders, such as Alzheimer’s or dementia.

Some studies in rats have identified that rosemary might be useful for people who have experienced a stroke.
Rosemary appears to be protective against brain damage and might improve recovery.

The aroma of Rosemary alone is capable of improving mood, clearing the mind, and relieving stress in those with chronic anxiety or stress hormone imbalances.
It is a rich source of antioxidants and anti-inflammatory compounds, which are thought to help boost the immune system and improve blood circulation.

It’s specifically powerful against bacterial infections, particularly those in the stomach. H. pylori bacteria is a common and very dangerous pathogen that can cause stomach ulcers, but rosemary has been shown to prevent its growth when consumed. Similarly, it is linked to preventing Staph infections, which kill thousands of people each year.
In Europe, rosemary is often used to help treat indigestion & Germany’s Commission E has approved rosemary for the treatment of indigestion.

A study published in the journal Investigative Ophthalmology & Visual Science, led by Dr. Stuart A. Lipton, Ph.D. and colleagues at Sanford-Burnham Medical Research Institute, revealed that a carnosic acid, which is a major component of rosemary, can significantly promote eye health.

Research published in Oncology Reports found that “crude ethanolic rosemary extract (RO)” slowed the spread of human leukemia and breast carcinoma cells.”
Another study, published in Bioscience, Biotechnology and Biochemistry, concluded that rosemary may be useful as an anti-inflammatory and anti-tumor agent.

In the Middle Ages, rosemary was associated with wedding ceremonies.
The bride would wear a rosemary headpiece and the groom and wedding guests would all wear a sprig of rosemary.
From this association with weddings, rosemary was thought to be a love charm and with so much to love about this herb that it makes it an obvious choice to incorporate into your lifestyle. 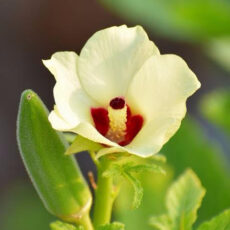 Organic Okra – Gift of the Goddesses. 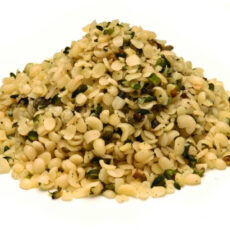 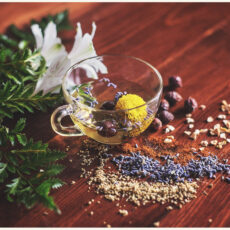